WWE has strongly pushed Mandy Rose ever since her arrival to NXT. After not doing much in the latter stages of her run on the main roster, she changed her look from having blonde hair to dark hair and has been the centerpiece of the women’s division in the developmental brand.

Athena (former WWE star Ember Moon) claimed in an interview with Chris Van Vliet that WWE held a meeting with female talent in NXT where they told them to dress like Rose.

Rose defeated Raquel Gonzalez to win the NXT Women’s Championship at Halloween Havoc with the help of Dakota Kai, who has since departed from the company.

Rose’s most recent title defense came against Kai on the April 12th edition of NXT while her last match came on April 26th against Roxanne Perez.

Rose recently reached a milestone as she has now held the title for 200 days. She will surpass Raquel Gonzalez, now known as Raquel Rodriguez, with 201 days and is behind six other stars including Shayna Bazler, Bayley, Asuka, Paige, Charlotte Flair, and Io Shirai. 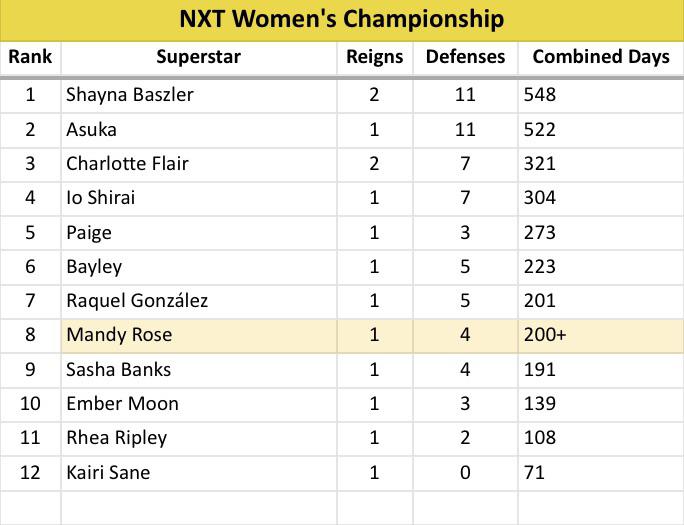