Wales moved one step closer to their first World Cup since 1958 as Gareth Bale stole the show in a 2-1 win over Austria in the play-off semi-final.

Bale scored both of Wales’ goals – the first a quite majestic free-kick from 25 yards on 25 minutes that flew into the top corner before smashing home a clinical second on 51 minutes.

Wales are attempting to qualify for a third major tournament in their last four attempts, however, they have not reached World Cup for 64 years, failing in their last 15 attempts to qualify.

A World Cup play-off final against Scotland or Ukraine awaits Wales now, although this has been put on hold until June because of the ongoing Russian invasion of Ukraine. What is certain is that Wales will be involved in next Friday’s World Cup draw, so they will know their potential path and opponents.

One of Bale’s greatest nights…

Bale has not even played 100 minutes of football since August – most would assume he’s been on the golf course. They would be wrong. He has been practising his free-kicks, in appreciation that an opportunity like the one with 25 minutes on the clock would present itself to him. He was ready to deliver. More than ready. With one swish of his left boot, the ball was sent rocketing straight into the top corner, shaving the bar on the way through for added drama. It was a moment those inside the stadium will do well to forget. The pace, the power, the trajectory – and the celebrations. 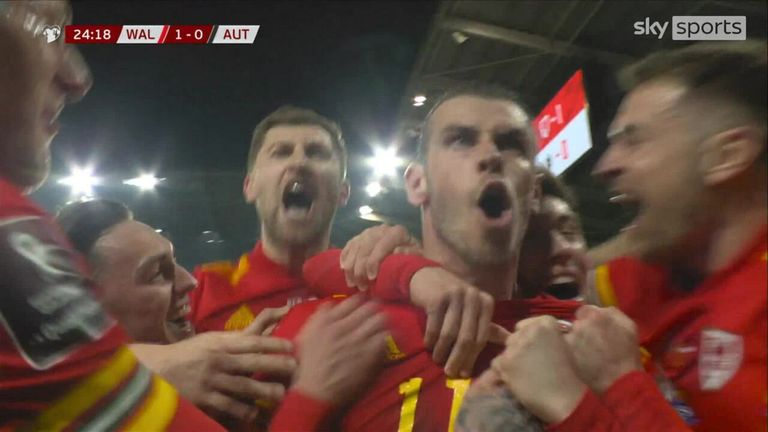 Gareth Bale gave Wales the lead in their World Cup play-off semi-final against Austria with a stunning free-kick.

It was a goal you could watch on repeat, day after day and never get bored of. Bale’s explosion of joy, full of frustration no doubt over how things have ended for him in Madrid shows there is still plenty of life left in his legs.

There was more to come. The all-important second goal was half a chance but the way Bale stroked it into the top corner made it look like a gilt-edged one. A pure instinct finish. 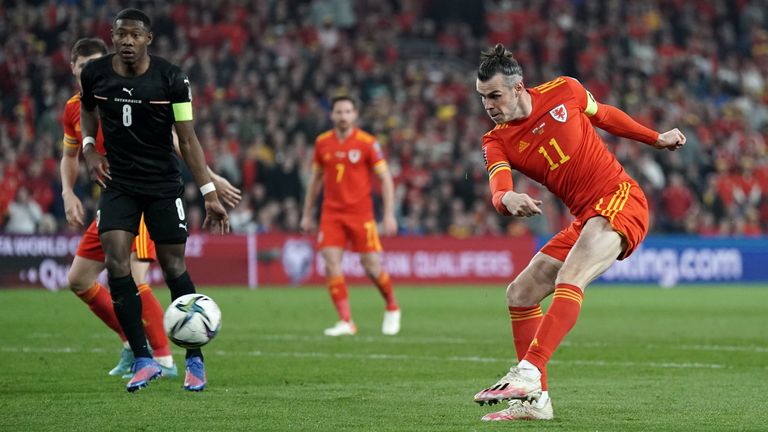 He refused to talk about where he’ll be playing his football next season in the build-up to this game as that picture remains unclear. What is certain, there will be plenty of offers from some of Europe’s biggest clubs after this performance.

When is the draw?

By the end of March, we will know 29 of the 32 participants at the first winter World Cup. The final three places will be decided in the intercontinental playoffs in June as well as the final European playoff final which has been delayed due to the Ukraine-Russia crisis. So, the draw will include Wales and Scotland.

The draw for the tournament takes place on Friday 1 April at the DECC venue in Doha, Qatar at circa 4pm GMT.

The 2022 World Cup is taking place in Qatar in the winter months rather than the usual summer ones, due to the heat.

The tournament kicks off on Monday November 21 at the Al Bayt stadium in Al Khor with a match that will feature the host country.

The final will be played at the Lusail Stadium in Doha a week before Christmas on Sunday December 18.