Home
movies
The Best TV Shows About Jack the Ripper


In the world of true crime, there are many serial murders that go unsolved. As sad as that reality is, some crimes and serial killers in history have gone unpunished.

Perhaps one of the most notorious unsolved mysteries is the case of Jack the Ripper, who terrorized the streets of London’s East End towards the end of the 1880s.

I could write a whole thesis paper about the Whitechapel murders (the collective name given to the murders he committed) and the factors that may have contributed to Jack the Ripper’s true identity remaining a mystery to this day.

Criminologist and author Lee Mellor puts it aptly in his short story “Ye Should Nae Kill”: Glasgow’s Bible Bashing Serial Strangler: “…when it comes to murder, place and tone often determine whether a crime is forgotten or enters the dark pantheon of cases that become the subject of popular obsession.”

Indeed, Jack the Ripper’s story has become somewhat pseudohistory and evokes certain images of dark, deserted, fog-ridden alleys of 19th century England. It’s these images that likely form the basis for the references to Jack the Ripper in books, movies, and TV shows.

In this list, we’re going into the best TV shows related to Jack the Ripper – whether they’re directly about him or, at the very least, have the same dark, gothic horror-slash-supernatural vibes.

The Best TV shows about Jack the Ripper 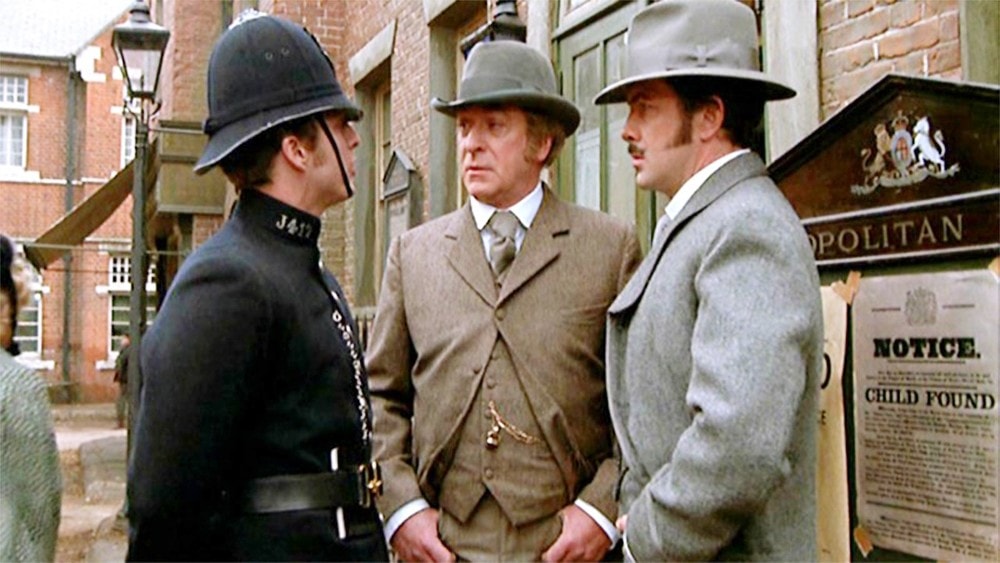 100 years after the (canonical) start of the Whitechapel murders, ITV produced a two-part miniseries titled Jack the Ripper to commemorate the centennial.

Though the series has a basis in real life, documented events (including original and newly-discovered evidence at the time), and people (his victims and those involved in the investigation), Jack the Ripper is a fictionalized account of the events and even offers a solution to the mystery!

In particular, the miniseries follows Chief Inspector Frederick Abberline, the lead investigator on the case, as he pushes to solve it. 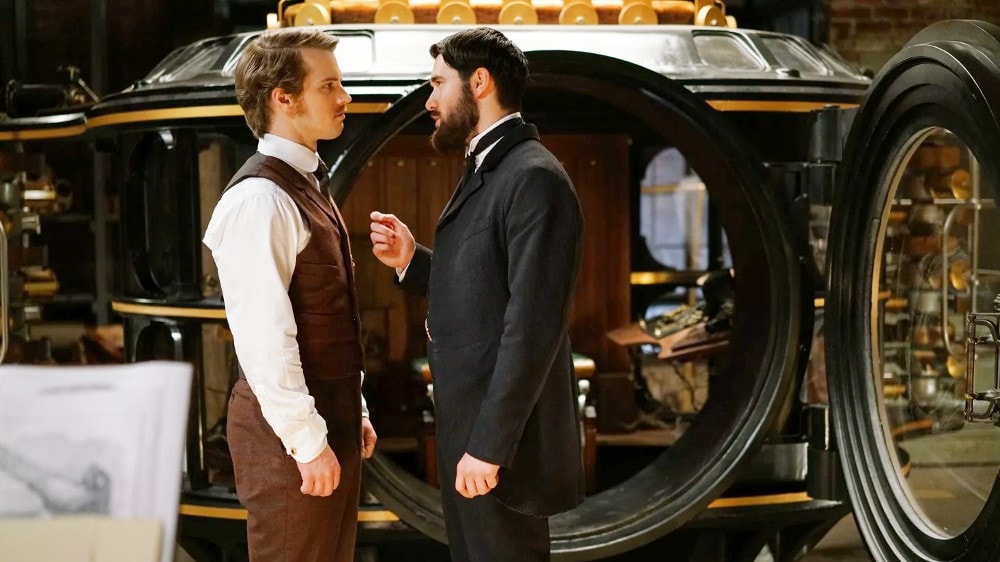 The second show on our list of TV series about Jack the Ripper is a science fiction period drama from ABC that takes us back and forth between timelines.

Based on Karl Alexander’s 1979 novel of the same name, Time After Time poses this question as the inspiration for the book and series’ plot: “What if famed author H. G. Wells not only successfully built a time machine but had his friend John Stevenson – who, unbeknownst to him, was Jack the Ripper himself – escape through it and jump to 2017?”

That’s precisely what happens, and Time After Time follows Wells as he, in turn, follows Stevenson through the time machine and time travels to 2017 to try and capture him. 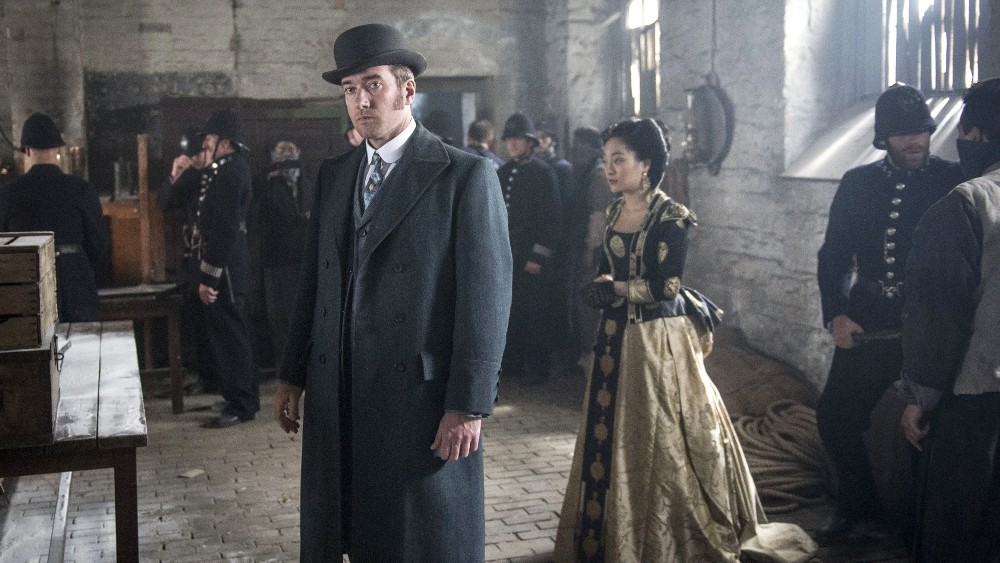 BBC’s Ripper Street takes its viewers in a slightly different direction as it focuses on the (possible) aftermath of the Jack the Ripper mystery.

The series centers on the H Division, the police division that was tasked – and failed – to capture the notorious serial killer.

Detective Inspector Edmund Reid is plagued with guilt from his failure but it’s this that drives him and his partner Detective Sergeant Bennet Drake to keep the Whitechapel streets safe, as each new case brings the fear that Jack the Ripper is behind it. 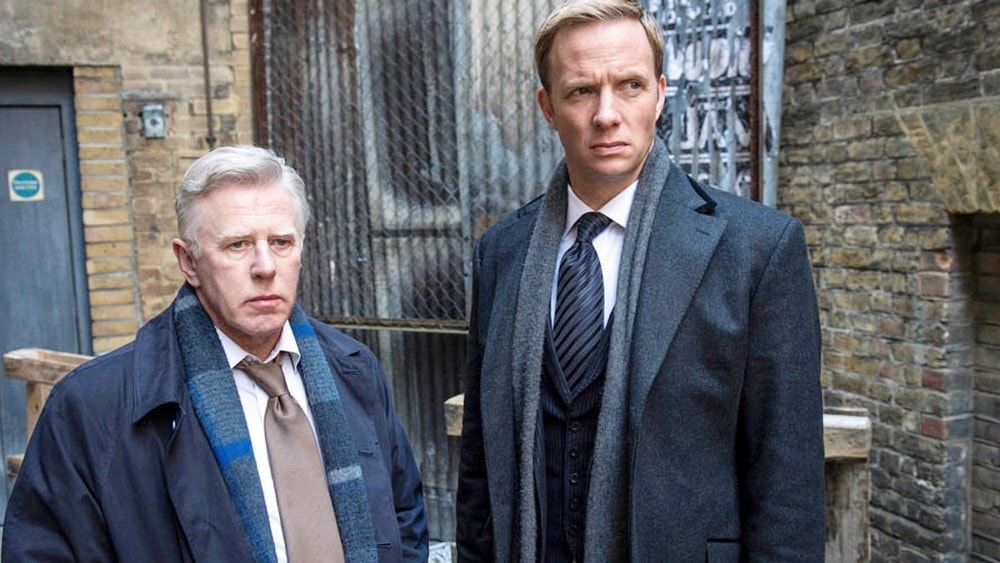 Whitechapel is a crime thriller series that is set in an anthological format; while all seasons focuses on crimes within the titular Whitechapel district in the East End of London, each one also focuses on a different perpetrator or, in the case of the last two seasons, a few cases told over two episodes.

Whitechapel’s first season is about Jack the Ripper but takes place in modern times, where there’s a new serial killer who’s replicating the Ripper’s crimes.

The season’s characters are even named after several central figures within the real-life case, including family members of the victims, suspects, and those part of the investigative team. 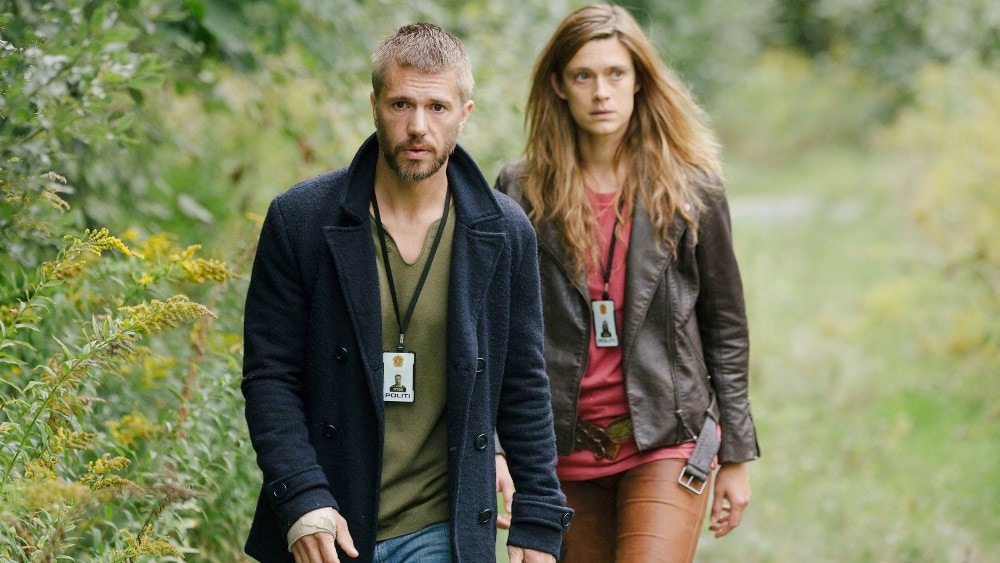 Beforeigners is a Norwegian crime drama with a healthy dose of science fiction as time travel plays a huge role in setting up the show’s premise.

The title is a play on words to reference the history of most of the show’s main characters: strangers who, for reasons still unknown, have traveled to present-day Norway from the various time periods in the past, i.e. ‘foreigners’ from ‘before’!

The series thus chronicles their integration into modern society, particularly that of Viking-era Alfhildr as she assists with solving murders, including a series of killings related to Jack the Ripper in the second season. 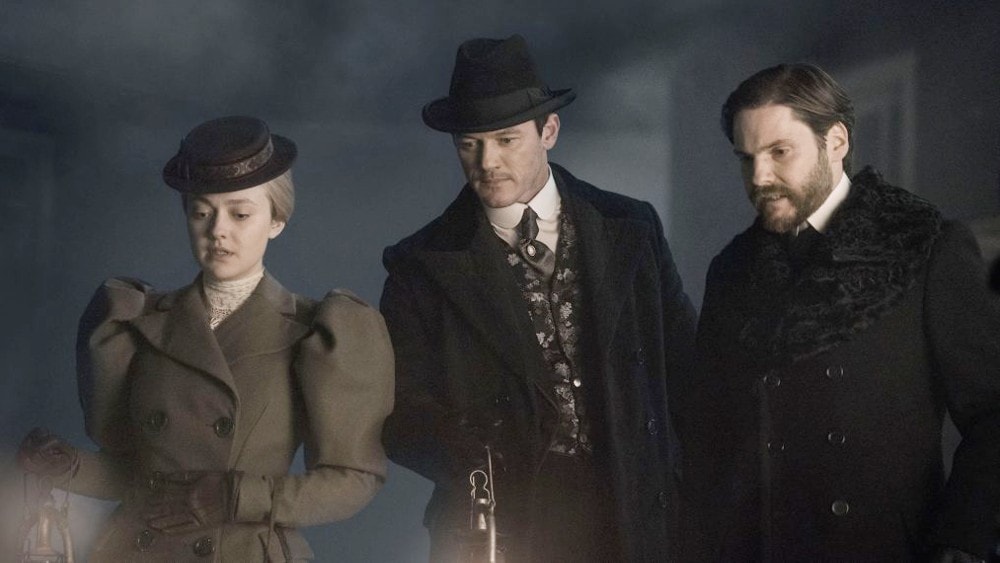 If you’re looking for more of that Victorian-era, gothic crime-drama genre, then The Alienist may be right up your alley.

The series is based on the 1994 novel of the same name, and each of its two seasons follows one major case involving a mysterious killer.

This includes Sara, a bright woman and liaison between the police and their team, John Moore, an illustrator for the New York Times, and the team’s eponymous “alienist” Dr. Laszlo Krezler, who uses methods in early psychiatry (as the practice was still in its infancy) to help find the killers. 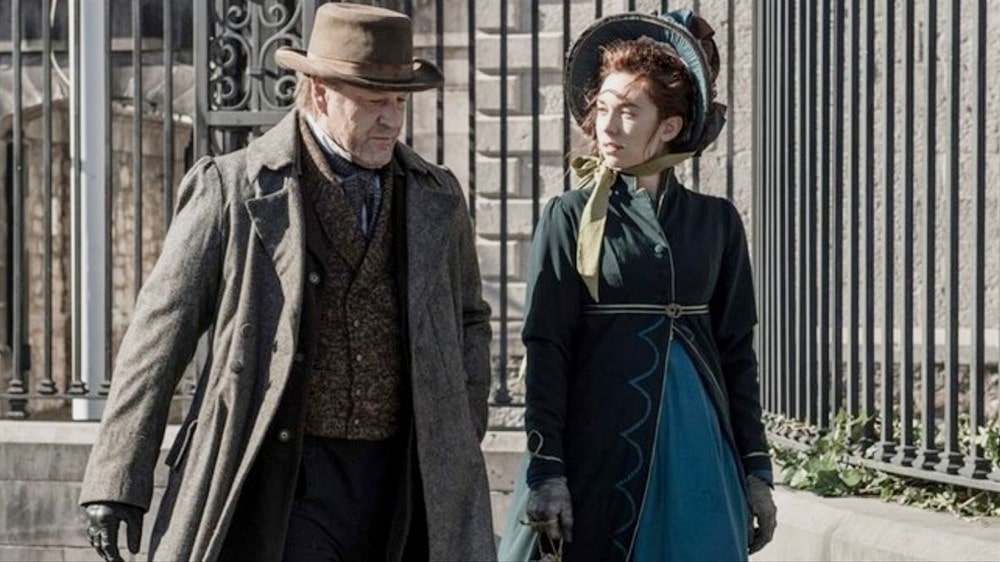 The title of this period crime drama itself lends to the gothic imagery comparable to tales of Jack the Ripper, though the literary reference does not involve Victor Frankenstein’s monster itself.

The Frankenstein Chronicles follows Inspector John Marlott, an officer of the Thames River Police, as he sets to solve what could be the most dangerous case of his career.

While on an opium drug bust, Marlott comes across the corpse of a child which turns out to be a grotesque assembly of body parts from eight other missing children. 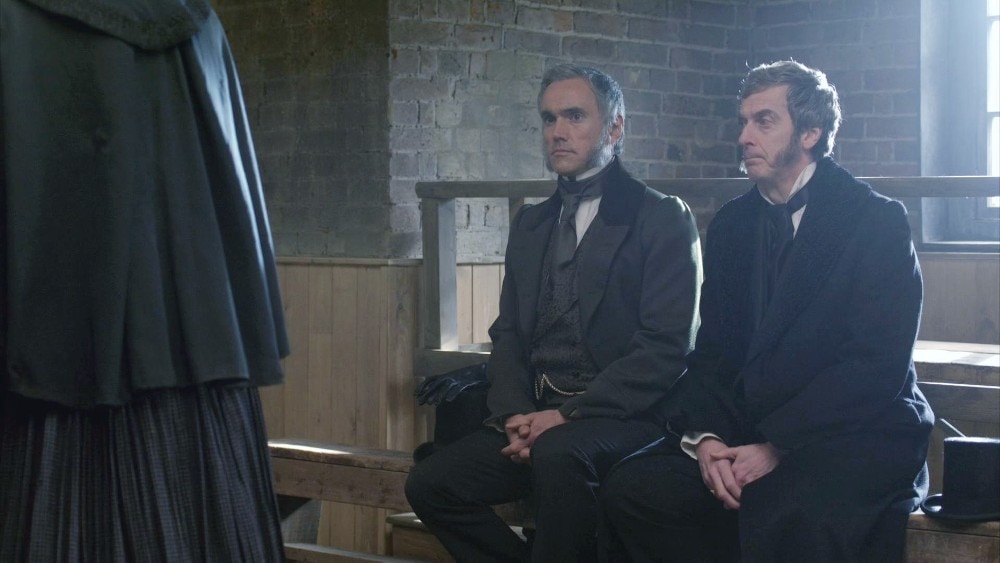 The Suspicions of Mr. Whicher is a four-part miniseries with a brand new case covered in each episode.

The eponymous Mr. Whicher is based on the real-life Detective Inspector Jonathan “Jack” Whicher of Scotland Yard.

While the latter three episodes are mostly fictionalized accounts of cases that Whicher investigated throughout his career, the first season sub-titled The Murder at Road Hill House is based on true events, specifically the tragic case of Constance Kent’s murder of her three-year-old brother, Saville. 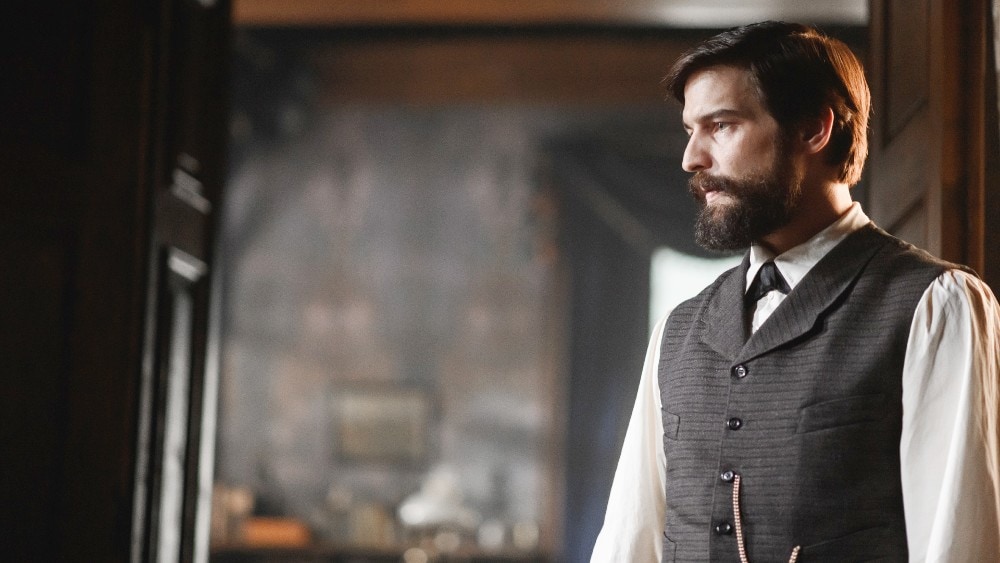 In this reimagining of the famed Sigmund Freud’s life, viewers witness him go from emerging psychoanalyst to murder detective in 1886 Vienna.

Freud is an Austrian-German crime series with a young Freud at the center.

When we first meet him, he is fighting (and, sadly, failing) to introduce the effectiveness of hypnosis to the medical community. A

fter his methods are negatively received, Freud crosses paths with a psychic medium caught in the middle of a conspiracy of disappearance and murder that they must now work together to investigate. 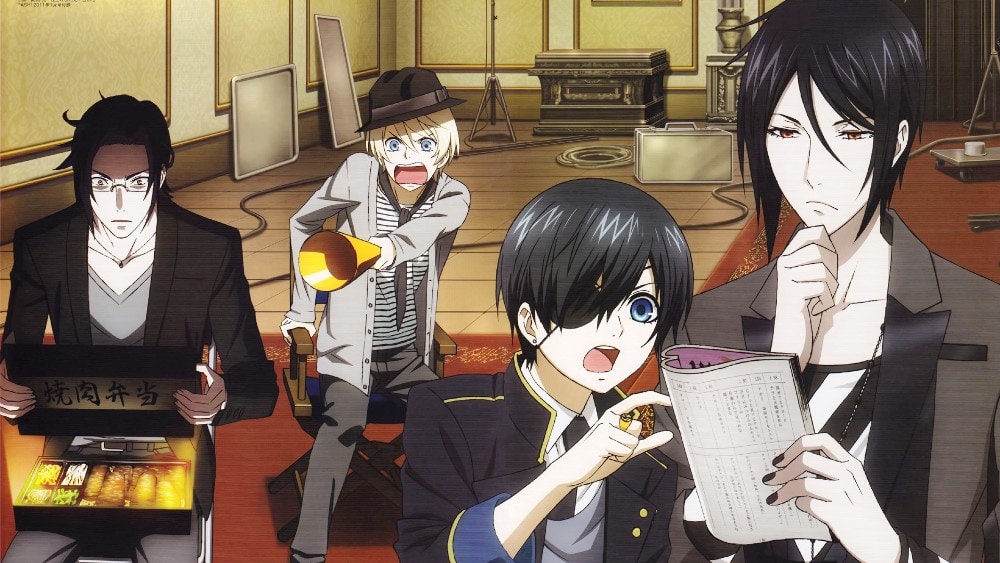 Still in keeping with the Victorian-era London timeline, Black Butler is the first animated show on our list.

The series originates from Japan and is based on a manga series of the same name; it has gained significant popularity and has also been adapted into a video game, musical, and two films!

Alongside that, he seeks revenge on those who killed his parents through a deal with a devil, who helps him in exchange for consuming his soul. 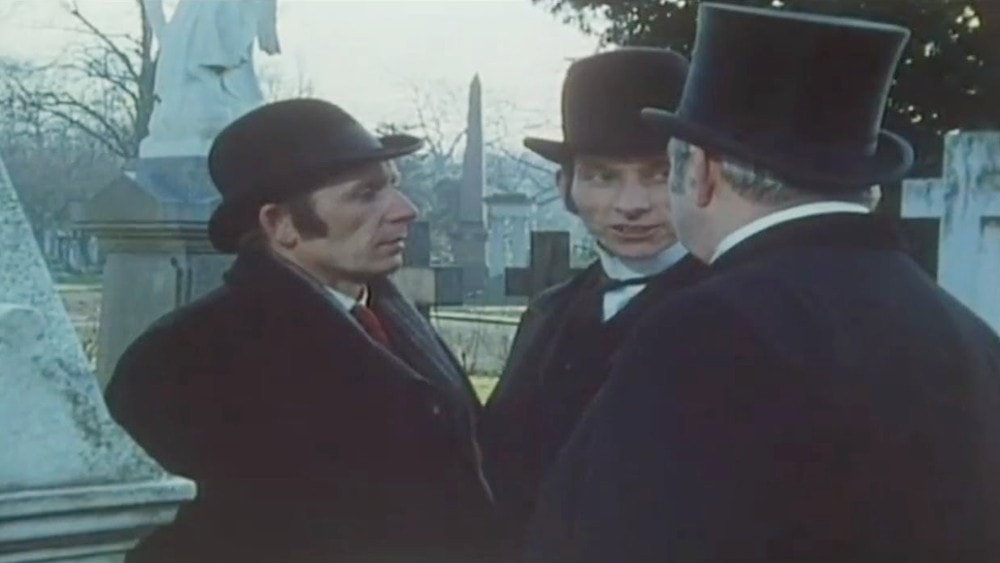 Most of the shows on the list have been produced in more recent years but ITV’s Cribb premiered over 40 years ago.

Based on a series of historical mystery novels by Peter Lovesey, Cribb followed the titular Detective Sergeant Daniel Cribb from the Criminal Investigation Department as he cleaned the streets of London from crime using the latest investigative tools and methods.

The series touched upon many notable events of Victorian London as well as social issues that were pertinent to the times. 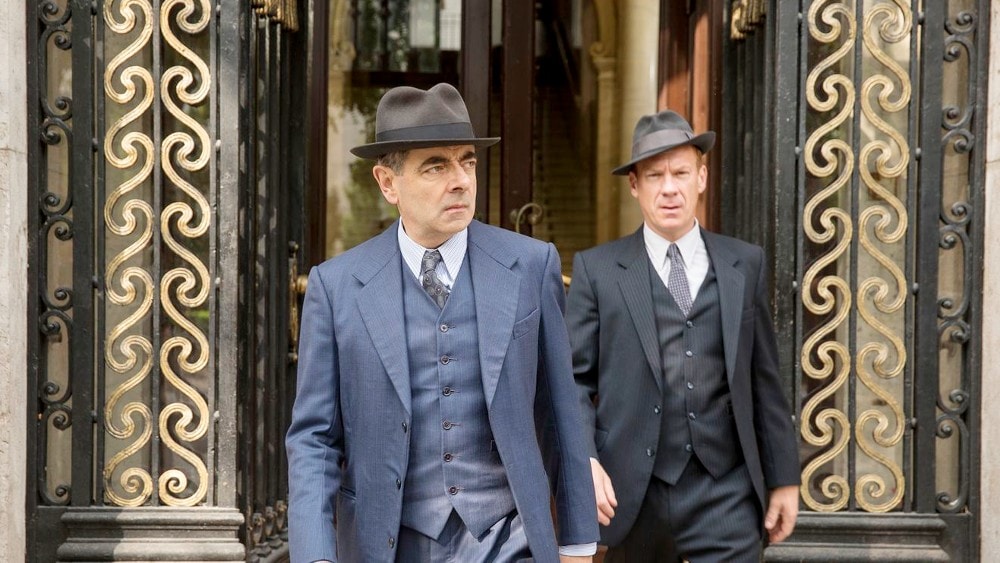 Maigret is based on the dozens of stories written by Belgian writer Georges Simenon, and centers on the fictional French police detective Jules Maigret.

Though this recent adaptation is a four-part miniseries, there was a first adaptation in the 1960s that spanned over 50 episodes!

In this 2016 series, each episode dives into a new case that falls on Maigret’s lap (each based on one of Simenon’s books) where he must pull out all the stops to apprehend the person responsible for the tragic murders. 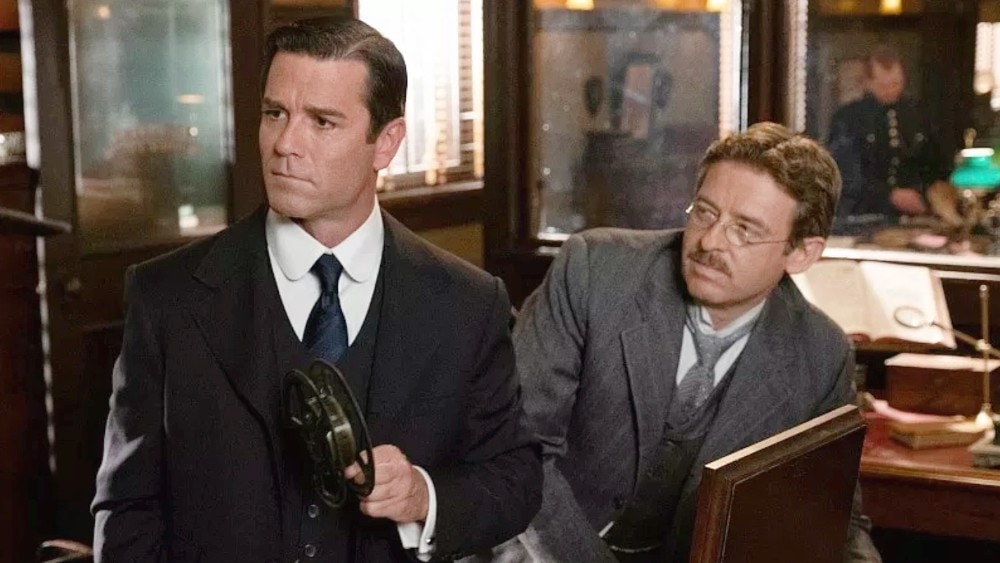 Yet another mystery and crime period drama that has its origins in novels is Murdoch Mysteries, based on Maureen Jennings’ Detective Murdoch novels.

Set in Toronto, Canada between the late 19th and early 20th centuries, Detective Murdoch follows the eponymous young detective (and eventually his partner, coroner Julia Ogden) as they tackle each case.

As if the crimes weren’t challenging enough, Murdoch is constantly faced with skeptical criticism from his boss and colleagues due to his use of recent investigative techniques still unheard of at the time.