The 1900s may not seem like that long ago when you look at the grand scheme of things but when you think about it, so much has actually happened in the past century that has changed the way we live today – particularly in terms of knowledge and technology.

Even if you look back just 30 years, life was already so different from the way we live now – so what more during this decade more than a century ago?

Surely, there are many differences in the way of life throughout the first decade of the 20th century that we will simply never know about.

Of course, that just makes it all the more fun and fascinating when we get a chance to watch a little something about it! With that in mind, here are the best modern TV shows set in the 1900s! 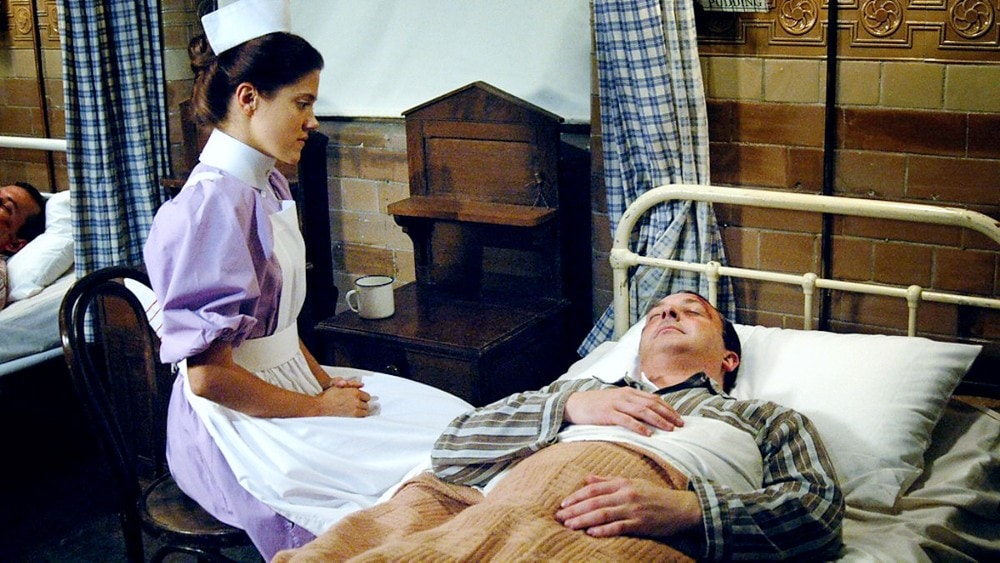 It’s inspired by the decades-long medical drama Casualty and runs with the same pacing, but there’s no direct relation between the two.

Naturally, Casualty 1900s portrays the medical field as it was more than a century ago, where things like penicillin and some equipment were still yet to be discovered.

The series takes place in the Receiving Room of the East End’s London Hospital, and is even based on real cases from the early 1900s that had been recorded in memoirs and staff diaries!

Does the name sound familiar? It definitely might if you’re from England!

The period drama Mr. Selfridge chronicles the establish and rise in popularity of Selfridge & Co., the luxury department store whose original location on Oxford Street is still one of the largest in the UK.

Harry Gordon Selfridge built his retail empire from the ground up, and his triumphs, as well as setbacks, have been detailed in Mr. Selfridge, where the first season covers just the first two years of business between 1908 and 1910.  With the later seasons delving into the 1910s and 1920s. 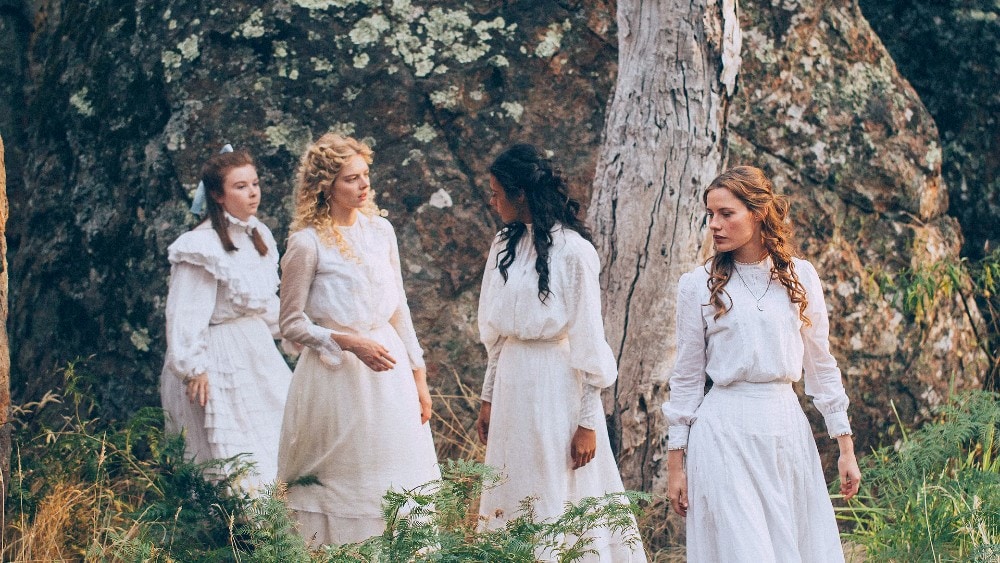 Picnic at Hanging Rock is an Australian drama miniseries based on the 1967 novel of the same name by Joan Lindsay.

It is set in 1900 and stars Natalie Dormer (Game of Thrones) as Hester Appleyard, a young woman who purchases a mansion in the Australian bush and turns it into a school for girls.

On Valentine’s Day in 1900, students and staff go for a picnic at Hanging Rock but the day ends in tragedy when the three star students and one governess disappear.

In trying to figure out what happened, the lives of fellow students and Hester are brought into the limelight. 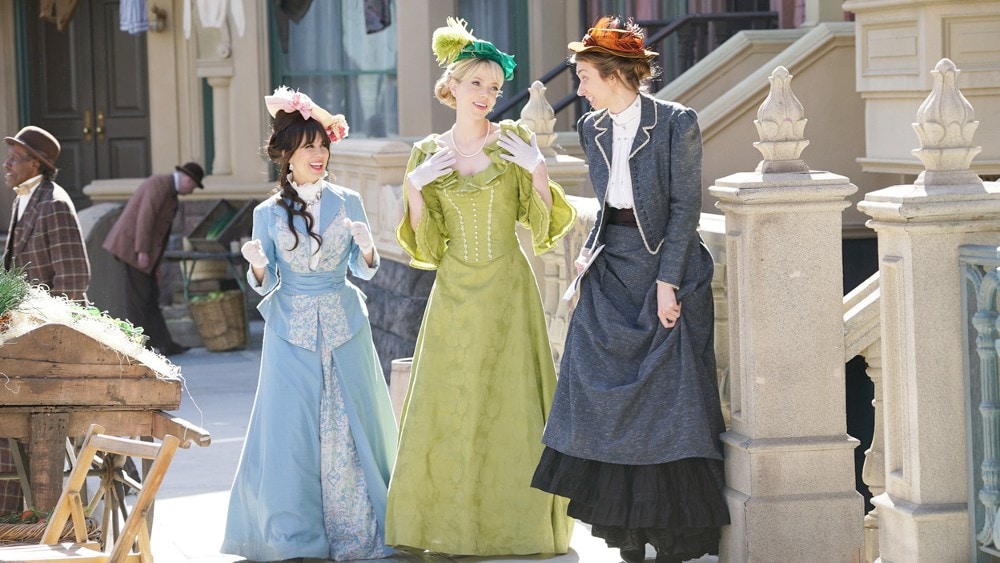 Another Period may be set in the 1900s but by no means is it historical!

In fact, the series aired on Comedy Central and was, well, a comedy that satirized many aspects of period dramas set during this time: the ideas of women, society, and class standing.

Another Period centered on the affluent Bellacourt family, the first family of Newport, Rhode Island and a family that has nothing to offer except scandal and money.

In particular, we follow sisters Lillian and Beatrice, narcissists and party-goers whose only concern is how they can become famous. 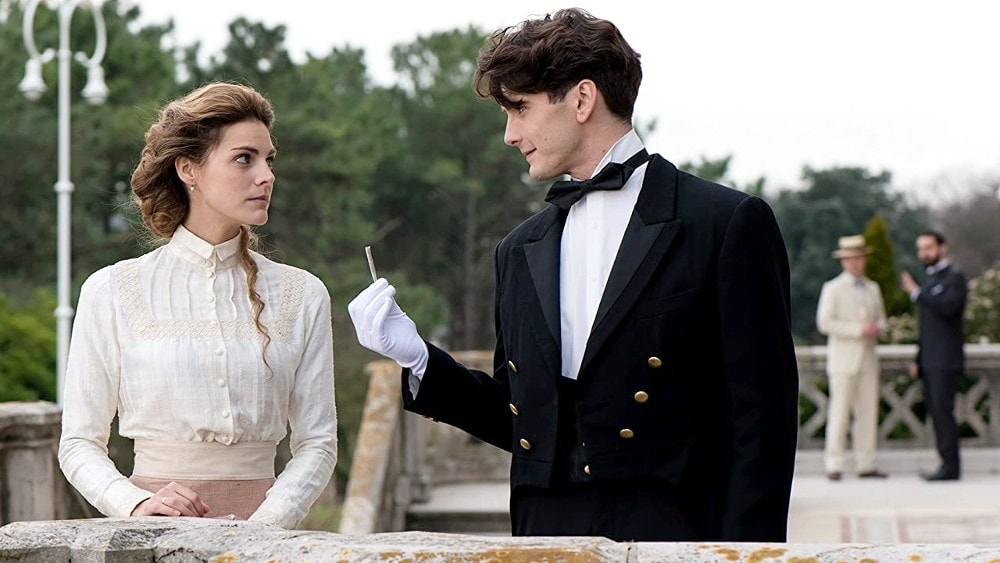 Our first foreign-language series on the list is Gran Hotel, a Spanish drama that takes place in an aristocratic hotel between 1906 and 1907.

The series follows Julio Olmeda, who has come to the hotel to visit his sister Cristina – only to discover that she’s missing.

To get to the bottom of the truth, he secures a job at the hotel so he can begin his own investigation into the other staff and even guests.

Along the way, he meets Alicia, one of the owner’s daughters who is also suspicious of the goings-on inside the hotel, and they search for the truth together.

Harley and the Davidsons, Discovery Channel (2016) 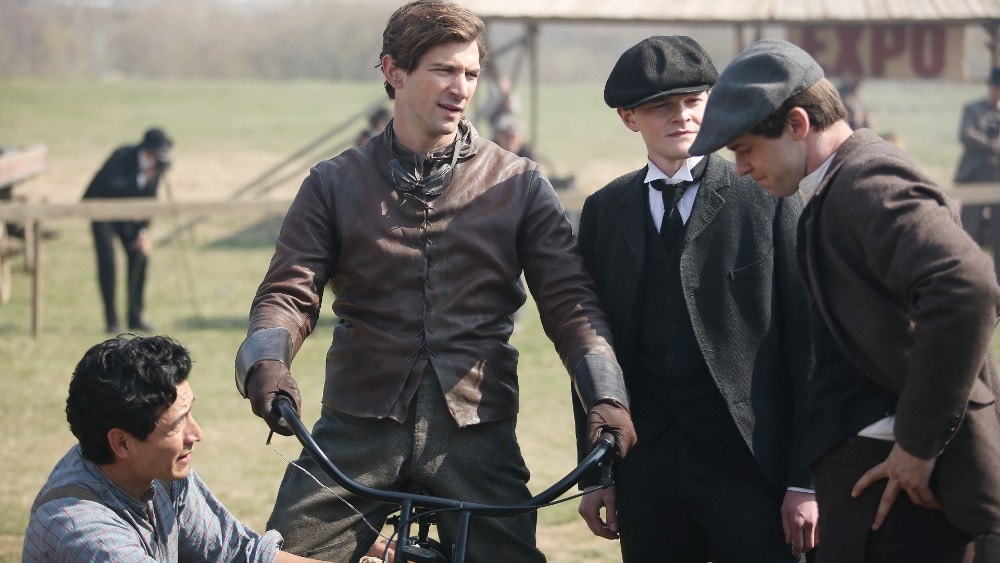 Now this is a name that’s bound to be familiar!

The Discovery Channel’s miniseries Harley and the Davidsons may have just three episodes, but it goes into the origins of one of the biggest motorcycle manufacturers in the world: Harley-Davidson, and its creators: brothers Walter Sr., Arthur, and William Davidson, and their childhood friend William S. Harley.

The series begins in 1903 and it’s the first episode that takes viewers through the first decade of the century where they start with an idea, designs, small production, and a crazy idea to market their product. 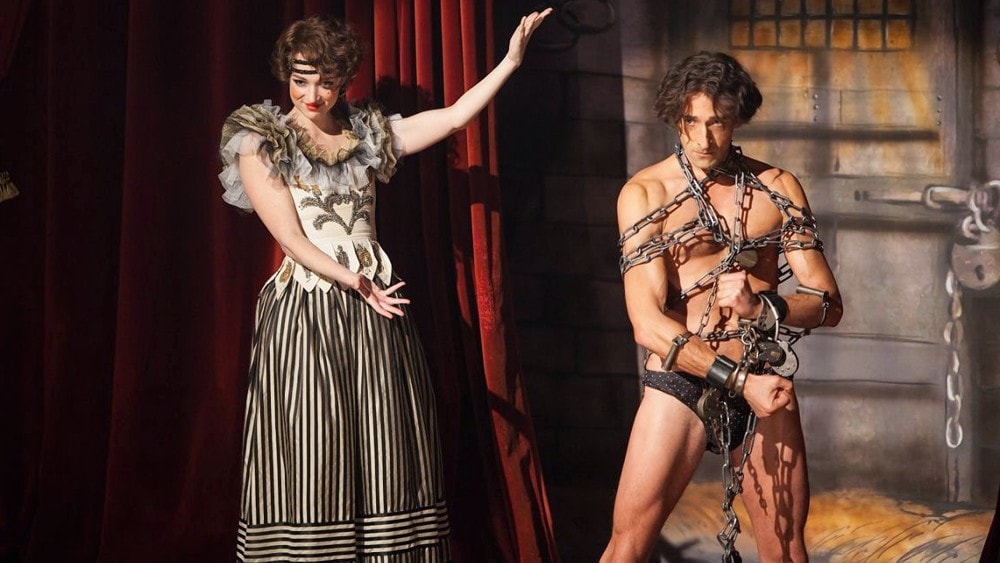 Fans of magic and illusion will love this two-episode miniseries from the History channel: Houdini.

Harry Houdini is probably the most well-known name in the world of magic, particularly when it comes to escape acts.

The series stars Adrien Brody (The Pianist) in the titular role and details who Houdini was beyond what we know about his magic.

We meet him as a young boy just as his interest in magic has sparked, and follow him on his journey as he rises to fame – into his recruitment into MI5 – until his last act and death in Detroit. 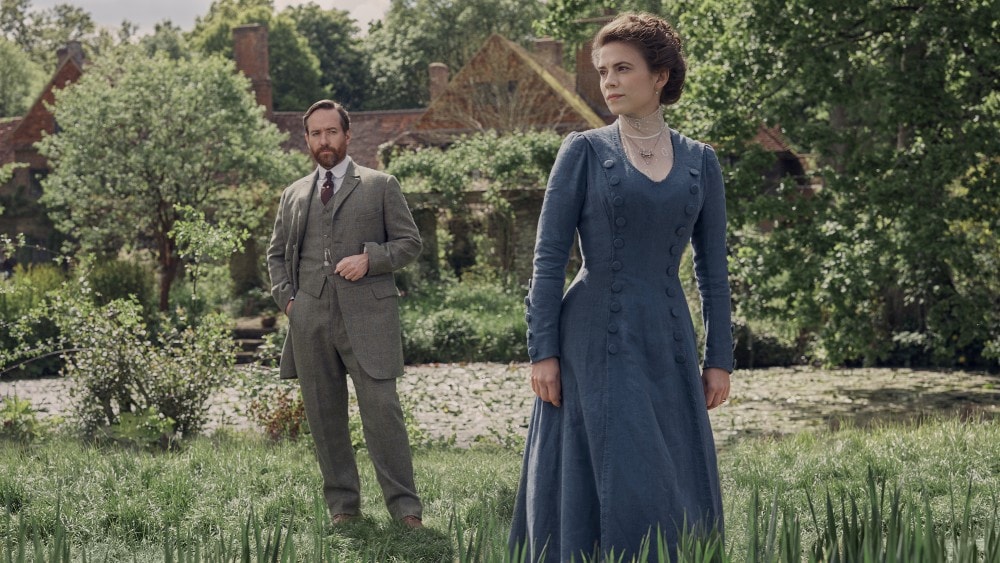 BBC One’s television adaptation of E.M. Forster’s novel Howards End runs over four episodes and portrays the class divisions in English society right at the turn of the 20th century.

It places the Schlegel sisters Margaret and Helen at the forefront and details how they navigate the social divide and those within it.

On the one hand, there are the wealthy Wilcoxes who are in the upper echelons and one of whom is courting Margaret.

On the other hand, there are the working-class Basts, who Helen is determined to help overcome their hardships. 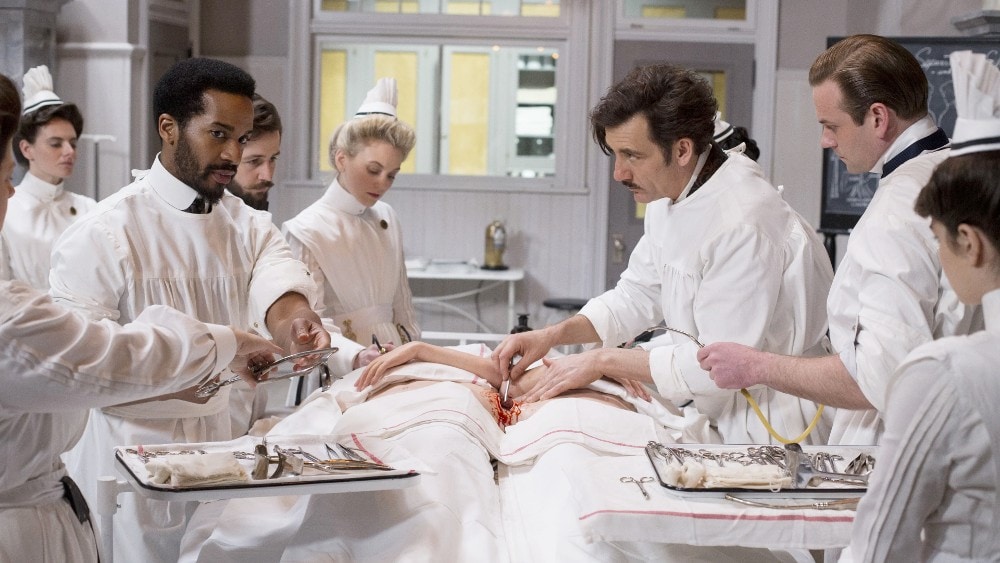 The Knick is another medical drama but this time it’s set in New York, at a fictionalized version of the Knickerbocker Hospital, the nickname of which lends its title to the series.

It revolves around the doctors, surgeons, nurses, and staff who fight to keep the hospital running with the utmost quality of care despite the many limitations in medicine.

Dr. John Thackery has ambitions to further the medical field but has his own battles with drug addiction. Meanwhile, the highly qualified, African-American Dr. Algernon Edwards fights to gain respect from his all-white peers. 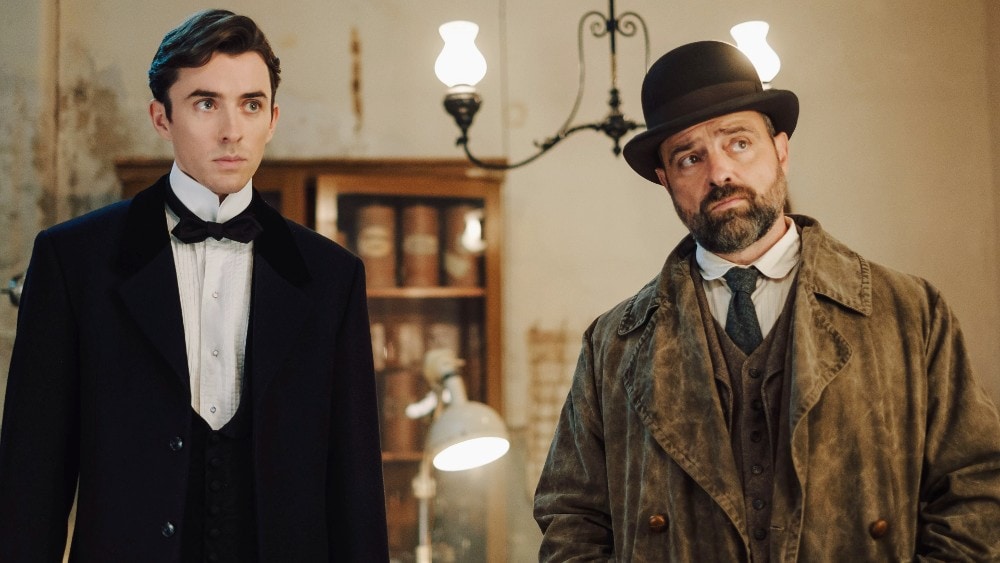 A third season of Vienna Blood has just been commissioned this year, so fans of this psychological thriller have a few more episodes to look forward to!

Based on Frank Tallis’ Liebermann novels, Vienna Blood is set in Vienna, Austria and follows Max Liebermann as he assists Detective Oskar Rheinardt solve murders around the city.

As a doctor and student of Sigmund Freud himself, Liebermann is able to provide psychological insight into the murderer’s motives in order to help them solve the case. 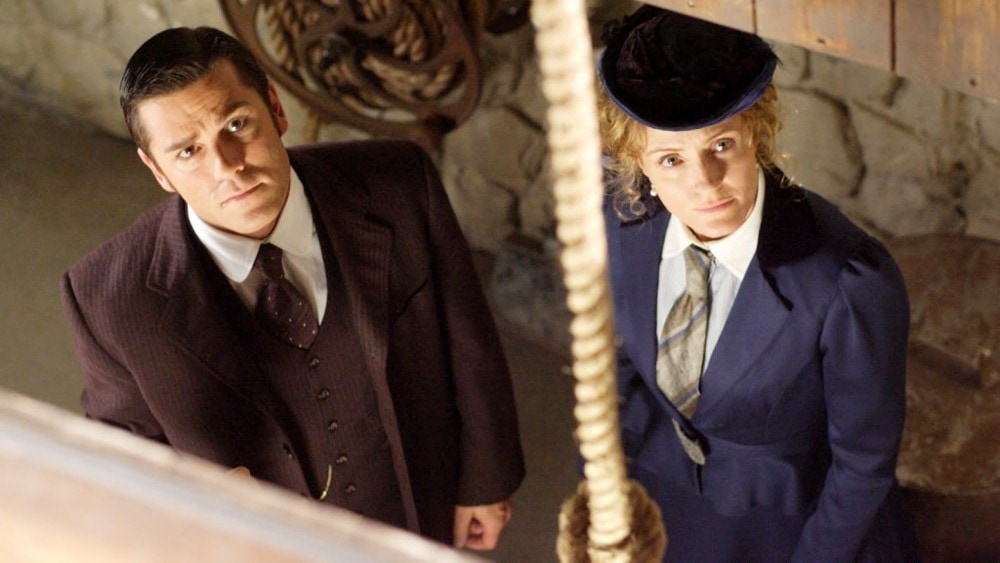 Though the series starts off in 1895, the later seasons of Murdoch Mysteries spill over into the 1900s, making it a perfect addition to our list.

Murdoch Mysteries follow the eponymous Detective William Murdoch from the Toronto constabulary as he solves various cases around the city using forensic methods that are yet unknown or accepted.

Because of his unique approach to investigating, he’s often met with skepticism from his colleagues.

Luckily, these doubts don’t prevent him and his partner, coroner Julia Ogden, from solving every crime that falls into their laps. 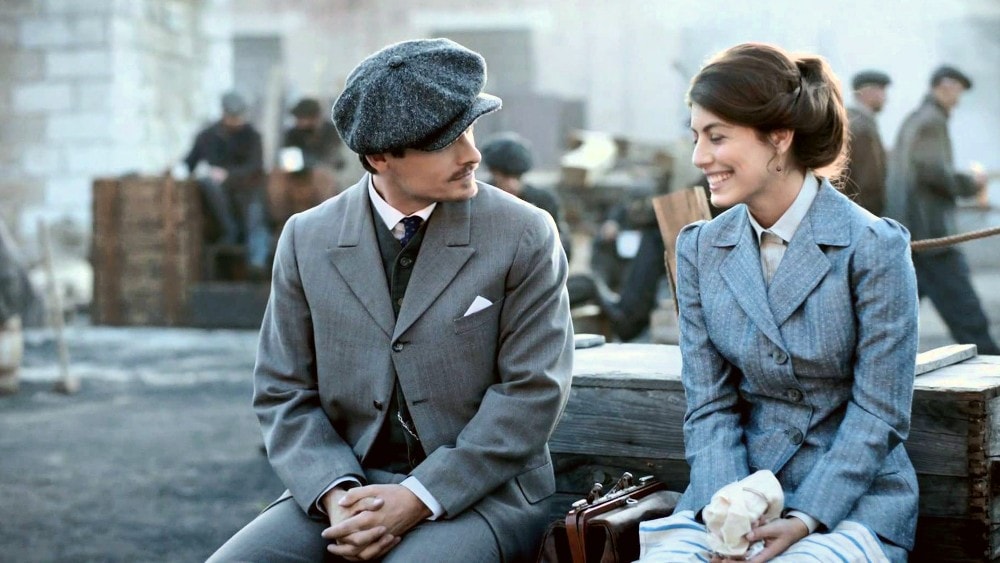 The sinking of the RMS Titanic is one of many events throughout the 20th century that spark intrigue and interest.

In 2012, Titanic: Blood and Steel aired over 12 episodes to commemorate the 100th anniversary of the tragic event.

The series, unlike many that chronicle the sinking itself and the aftermath, takes its viewers the years before the Titanic’s maiden voyage.

In particular, it shows the lives of the people involved in making the Titanic – albeit with some historical inaccuracies.

This includes the workers as well as the conditions they labored under, the people who financed the ship’s construction, and the shipyard executives and engineers at the head of the project. 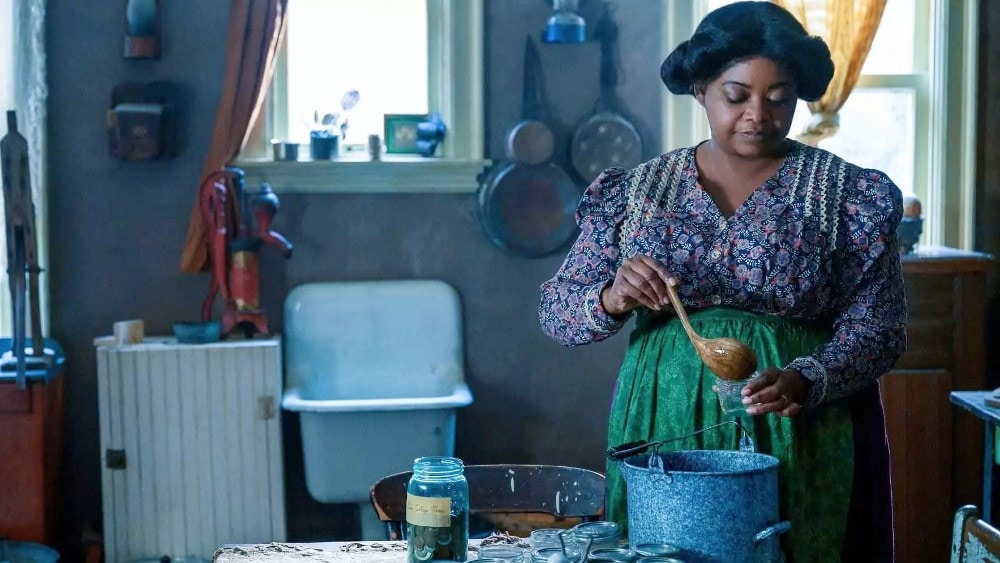 “Self-made” certainly is the best way to describe the woman who this Netflix miniseries is about!

Based on the biography titled On Her Own Ground by A’Leila Bundles, Self Made tells the (fictionalized) story of America’s very first black, female, self-made millionaire: Madam C.J. Walker.

Her haircare and cosmetics products were specifically made for black women, and this propelled her company into both fame and fortune.

Self Made dives into the obstacles she encountered and overcame as a woman of color in 1900s America.

You hear “Oktoberfest” and you probably immediately think, “Germany, booze, and festival!”, right?

The Netflix miniseries Oktoberfest: Beer & Blood is set against that backdrop: a local Oktoberfest in Munich, Germany.

A newcomer has just arrived in town, causing quite a stir as he intends to take over the Oktoberfest with his own brewery – and has no qualms about using shady tactics to do so.

However, when his daughter falls in love with a man from the rival brewery, this starts a war between both families that will affect everyone’s future.