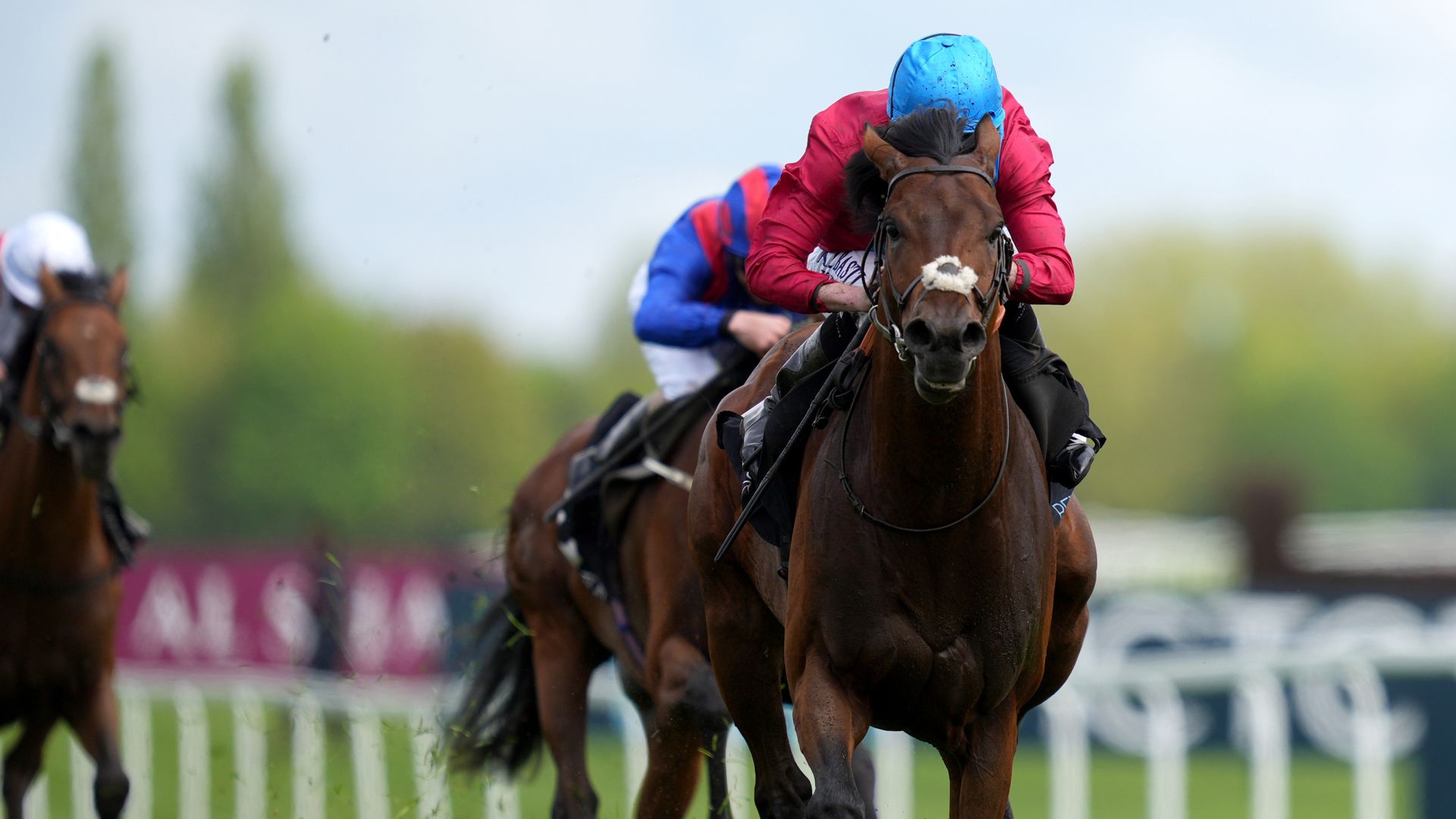 Bay Bridge, the exciting Sir Michael Stoute-trained colt who won all four of his starts last year, is set to make his seasonal bow in the Coral Brigadier Gerard Stakes at Sandown.

Last May, the son of New Bay was an impressive four-length winner of Newbury’s London Gold Cup – traditionally one of the season’s most informative three-year-old handicaps – but as ante-post favourite, was ruled out of the King Edward VII Stakes at Royal Ascot with a foot abscess.

He returned in October to score in a competitive handicap at York and followed up with a workmanlike success in the Listed James Seymour Stakes at Newmarket.

Now, Bay Bridge will bid to give Stoute a record 12th success in the 10-furlong Group Three event at the Esher track on May 26.

Stoute said: “Bay Bridge is going to go to Sandown for the Brigadier Gerard.

“He is almost ready to come out. He has had a good preparation and now it is time to get down to work.

“We will worry about any targets after he runs at Sandown. As always, we take it one race at a time.”

Stoute is also mulling over options for Lights On, who impressed when beating Mutasaabeq by a neck in the Group Two bet365 Mile at Sandown.

The master of Freemason Lodge Stables is keeping an eye on the weather before making firm plans for the five-year-old daughter of Siyouni.

“Lights On did it really well at Sandown,” said Stoute. “She doesn’t want the ground too fast, so she will be ground dependent.

“She doesn’t need it soft, but she doesn’t want it quick, either.”

Stoute is “still thinking” about her next possible target, which could include a possible tilt at the Queen Anne Stakes at Royal Ascot, for which she is currently a general 20-1 chance.

However, he ruled her out of Epsom, adding: “We will have another Cheveley Park filly to go to Epsom.

“Potapova was beaten a short head at Kempton last time (in the Listed Snowdrop Fillies’ Stakes) and she will go to Epsom for the (Group Three) Princess Elizabeth Stakes (on June 4).”