Sunderland struck late to beat Sheffield Wednesday 2-1 on aggregate and seal their spot in the Sky Bet League One play-off final.

The Black Cats took a 1-0 lead to Hillsborough on Monday night, but a Lee Gregory goal late in the second half had levelled the tie, before Patrick Roberts popped up with a stoppage-time winner.

It was a goal that sealed a passage to Wembley for Alex Neil’s side, where they will face Wycombe for a spot in next season’s Championship on Saturday, May 21. 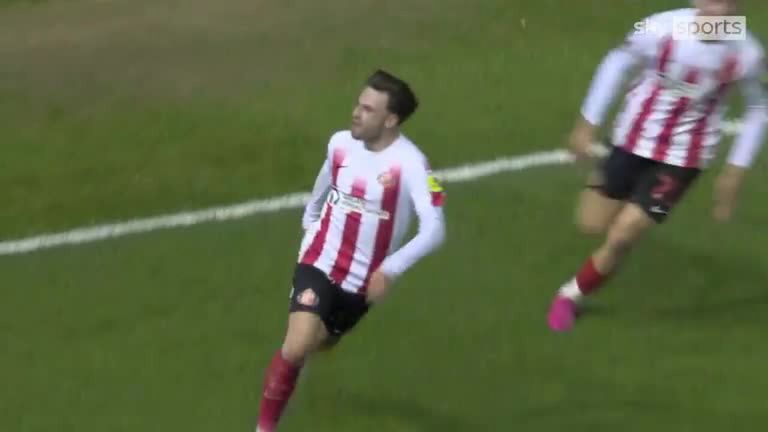 Patrick Roberts was the hero for Sunderland as his injury-time winner sent them to the League One play-off final.

It was Wednesday who needed the goal and, after a slow start, they slowly took control of proceedings in search of it.

They did, in truth, struggle to create anything really clear-cut in the first half, though. The closest they came was via an acrobatic overhead kick from George Byers on 35 minutes after the ball fell to him at a corner, but it was right at Anthony Patterson in the Sunderland goal.

There was also a contentious moment on 42 minutes as Dennis Cirkin stumbled in the area and appeared to bundle over Josh Windass, but referee James Linington waved their protests away.

Wednesday’s threat grew throughout the second half and finally pressure told on 74 minutes as they found a way to level the tie. Barry Bannan was at the heart of it as his incisive pass cut through Sunderland’s defence and found the run of Marvin Johnson, who teed it up perfectly from the left side for Gregory to turn in. 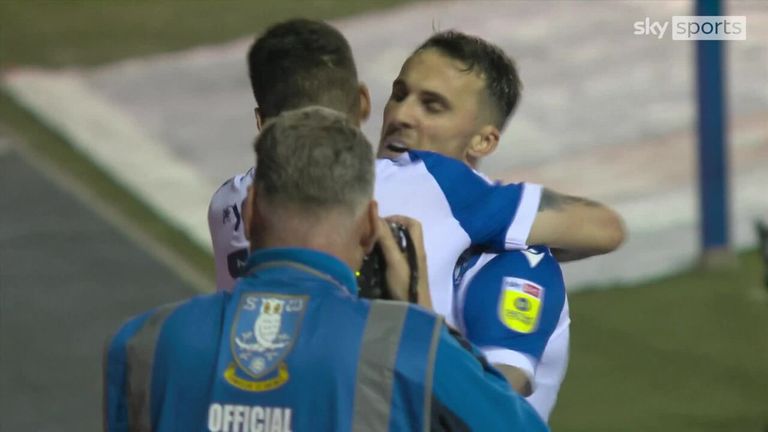 But as the game seemed to be heading to extra-time it was Sunderland who struck the killer blow in stoppage time as Roberts found the finish from Jack Clarke’s low cross to level the leg and hand his side the all-important aggregate win.

“Over the two ties, the football hasn’t been great, though there has been spirit in abundance. But you have to say Sunderland deserve this. Hopefully this year is the year, but they have got a tough game against Wycombe to come.”

“Wednesday is a massive club and the fans deserve to see their team playing higher – but you have to earn that. There is a lot of quality in that squad and they have to regroup ahead of next season.

“The trouble is that clubs will be circling around Barry Bannan in the summer.”

Man of the Match – Bailey Wright 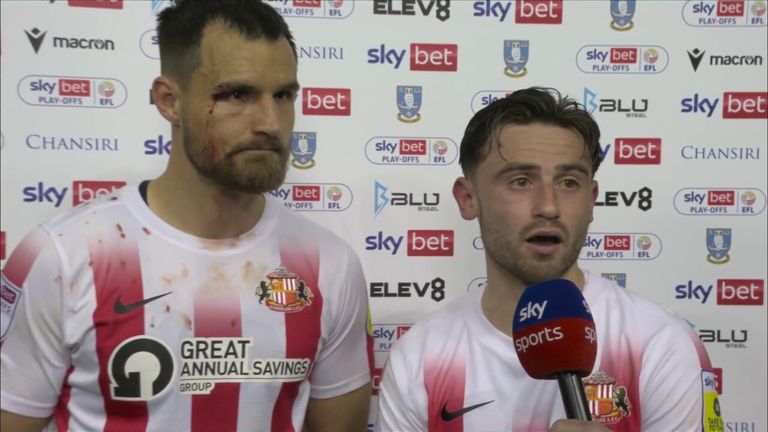 Patrick Roberts was delighted after his late winner saw Sunderland progress to the League One playoff final at the expense of Sheffield Wednesday.

“Sheffield Wednesday gave us a right good game over the two legs. We put our bodies on the line, and when we show our quality, we can punish teams. We had incredible support tonight. This is by no means job done.

“Alex Neil has been class and the results speak for themselves. He has brought a culture to the club and we have a real togetherness. He doesn’t leave anything untouched and works hard to give us the best platform to perform.”

Sunderland will face Wycombe Wanderers in the Sky Bet League One play-off final at Wembley on Saturday, May 21, live on Sky Sports Football.