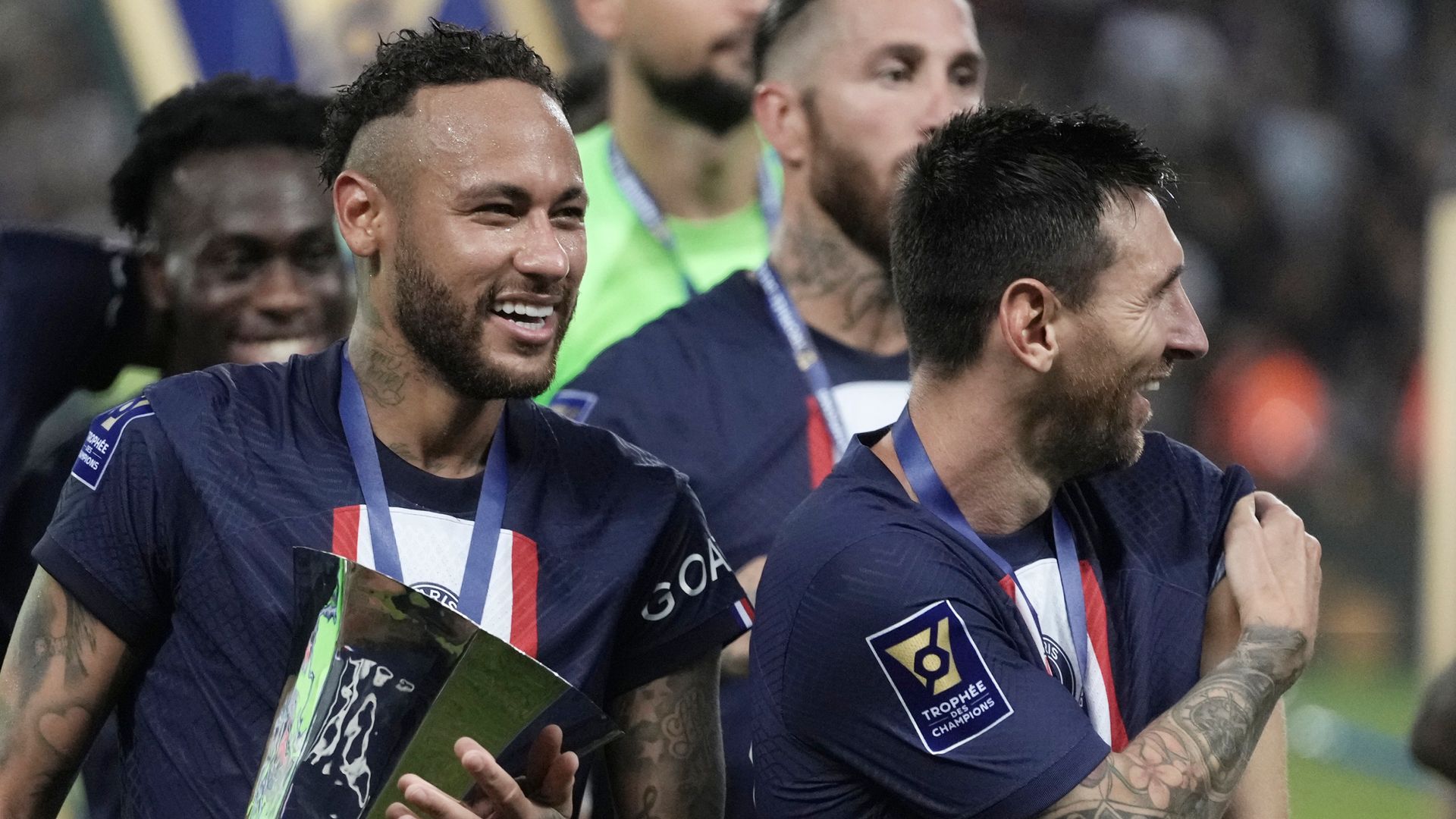 Messi, the record seven-time Ballon d’Or winner, netted midway through the first half. Taking a deflected pass from Neymar, he went past goalkeeper Alban Lafont before scoring with a fine finish.

Neymar expertly guided a free-kick into the top left corner in first-half injury time to put coach Christophe Galtier’s side 2-0 up at Bloomfield Stadium in Tel Aviv, which hosted the game for the second straight year.

Veteran defender Sergio Ramos made it 3-0 in the 57th minute from close range and Neymar converted a penalty in the 82nd after being fouled by Jean-Charles Castelletto, who was sent off.

Galtier, who guided Lille to the league title against the odds in 2021, now has his first trophy at PSG. He replaced Mauricio Pochettino after he was sacked.

Antoine Kombouare, who once coached PSG, helped Nantes win their first trophy in 21 years when they won the French Cup last season.

PSG have now won nine of the past 10 Trophees des Champions, the French equivalent of the Community Shield.