Chris Paul could hardly be feeling worse on Monday morning following the Phoenix Suns’ Game 7 elimination to the Dallas Mavericks, but Patrick Beverley decided to pile on.

The Minnesota Timberwolves point guard slammed the future Hall of Famer, nicknamed the “Point God”, following the 123-90 defeat for the Suns against Dallas.

Beverley went on ESPN and claimed that players who have “suited up” know “the truth” about Paul on the defensive end.

Paul scored only 10 points and four assists against Dallas, and he didn’t have a successful shot from the field until the third quarter when the Suns were already down by 40.

Beverley thinks Paul gets preferential treatment from the referees on offense and that the 37-year-old lacks the ability to guard on the defensive end. 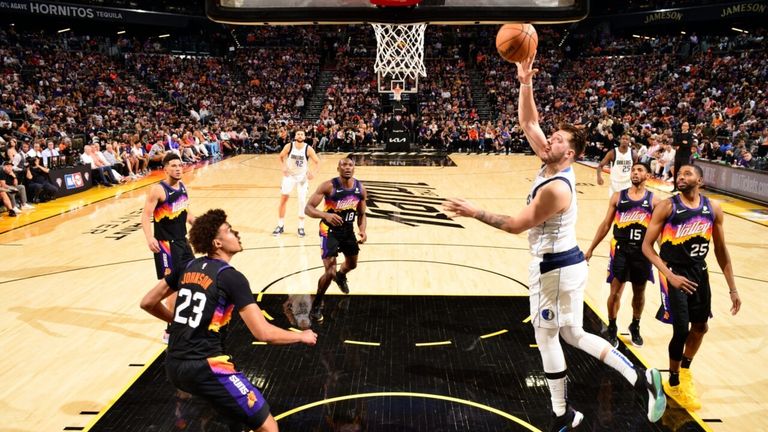 Highlights of the Dallas Mavericks against the Phoenix Suns in Game 7 of the Western Conference semi-finals.

“There’s not anybody worried about Chris Paul,” said Beverley. “I’m just letting you know how NBA players feel. That’s the game to a point where he gets all the petty calls, all the swipe throughs. [Are] we going to be honest?

“He can’t guard, he literally can’t guard. Everybody in the NBA knows that.”

Beverley had earlier claimed that Suns head coach Monty Williams should have benched him instead of DeAndre Ayton.

“Coach the game, not the player,” Beverley said. “We call him ‘cone’. You know what you do with cones? Like, when in the summertime you got a cone, you make a move. What does the cone do?”

“Exactly. We all know that. You all just don’t want to accept it. Give him the Ben Simmons slander!”

Strong words from the tenacious Timberwolves guard. Minnesota’s clashes with Phoenix should definitely be tasty next season.