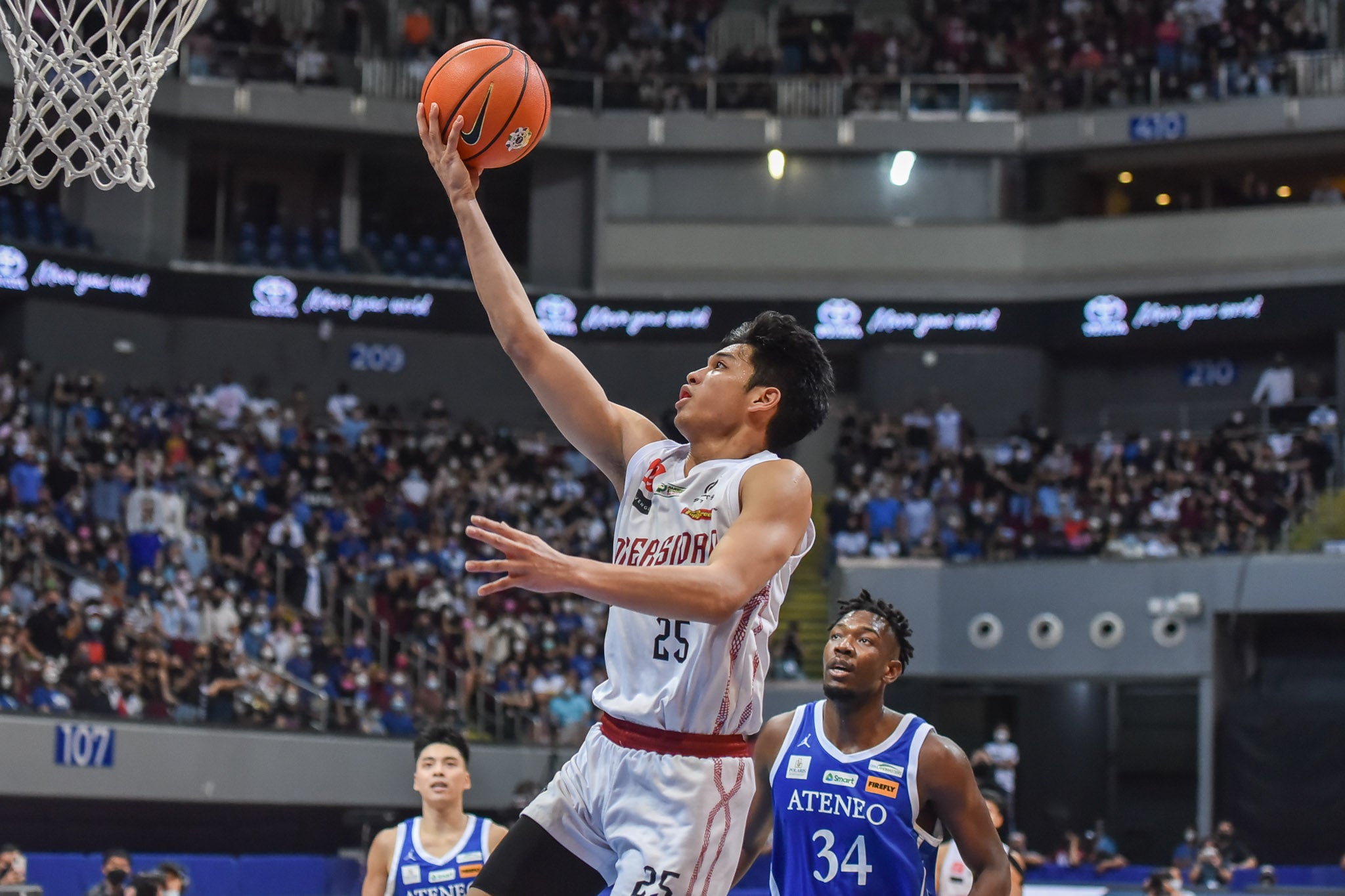 A season that started out as the closest a team could ever get to a guaranteed title has reached a point of unfamiliar uncertainty for an Ateneo squad looking to stitch a fourth straight crown to its dynastic reign in the UAAP.

And University of the Philippines (UP) has forced memories of the defending champion’s battle against a fierce rival to surface.

“Yeah, just sitting here, [I’m] thinking that this finals series feels like that La Salle series,” said Blue Eagles coach Tab Baldwin. “It doesn’t feel like college basketball; [it] feels like something more [is] at stake.”

That series against the Archers, who were led by the incomparable Ben Mbala, was probably the last time Ateneo wasn’t an overwhelming title favorite.

The Maroons are making the Blue Eagles feel that way again.

“I think that UP brings really, really high-quality basketball to this series,” Baldwin said.

Ateneo needed a gutsy stand in the stretch of Game 2, plus key errors from UP, to escape with a 69-66 victory on Wednesday that penciled a decided Friday at Mall of Asia Arena.

UP delivered the first punch with a pulsating 81-74 overtime victory in Game 1.

And in the 6 p.m. knockout duel, all bets are off.

“If ever there was [a situation that would be like] a flip of a coin … this Game 3 could be that,” Baldwin said.

The Maroons wiped out a 15-point deficit in Game 2 before somewhat self-destructing in the final, crucial minutes with two key turnovers and an egregious situation misread by skipper Ricci Rivero. UP surrendered 20 points to Ateneo off their 20 turnovers.

“Mistakes are mistakes. No one wants them to happen,” said Maroons rookie Carl Tamayo. “Anybody can make mistakes, and it just so happened that in the last part, we committed them. But I’m sure my teammates will bounce back.”

Tamayo finished with 18 points and 12 rebounds in Game 2. In Game 3, he will draw support from Rivero, who has a rare chance of winning two UAAP titles with two different teams.

“[H]eading into Game 3, we have to put everything that happened [in] Game 2 behind us now,” Baldwin said. “[W]e have a whole new challenge in front of us. So whatever work we did, whatever sacrifices we made in the last few days—and they were significant—we should be expecting facing the same thing.”

After all, this series reminds Baldwin a lot of the grueling battle with the Archers. A series that, by the way, the Eagles won.