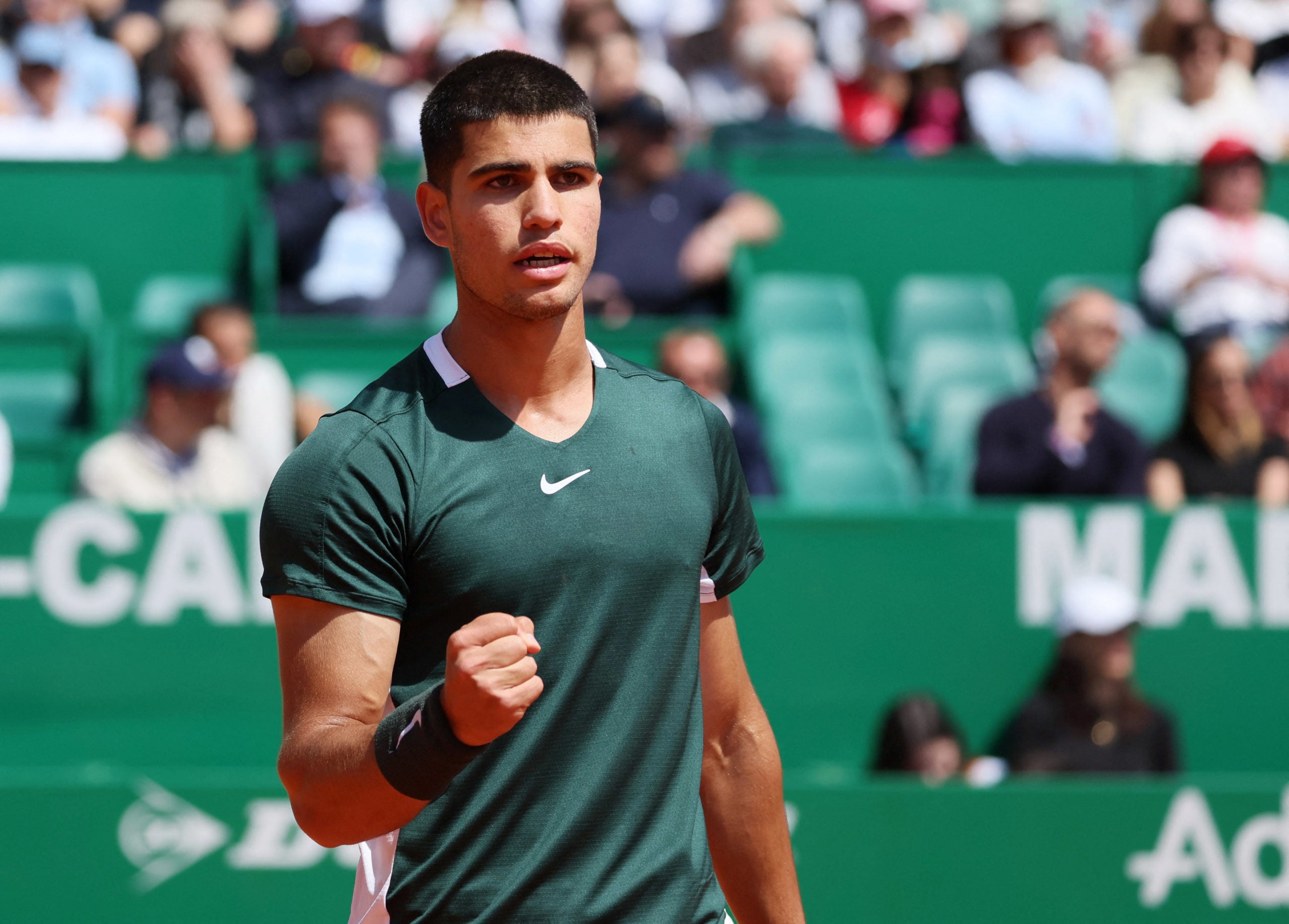 Spain’s Carlos Alcaraz will break into the world’s top 10 rankings for the first time on Monday after the teenager defeated top seed Stefanos Tsitsipas in the quarter-finals of the claycourt tournament in Barcelona.

Alcaraz, 18, overcame a comeback charge from world number five Tsitsipas to reach his fourth semifinal of the season with a 6-4 5-7 6-2 victory on Friday.

When Alcaraz enters the top 10 on Monday, he will do so at the same age, on the same date and following the same tournament as compatriot and 21-times major winner Rafa Nadal in 2005.

“Probably my biggest win on clay court. It was unbelievable,” said Alcaraz, who has won all three of his meetings with Greek Tsitsipas.

Alcaraz said he is confident of winning the ATP 500 tournament after knocking out Tsitsipas, who captured his second straight Monte Carlo Masters crown last week.

“I think I beat the favourite,” Alcaraz said. “I’m playing an incredible level. And I think that I’m ready to get the title.”

Alcaraz is seeking a third trophy this season following his maiden ATP Masters 1000 triumph in Miami and the ATP 500 event in Rio de Janeiro.

He will face Australian Alex de Minaur in Saturday’s semifinals.