England youth international goalkeeper Rohan Luthra is set to commit his future to Cardiff City by signing a new deal with the Bluebirds.

Luthra joined Cardiff in a historic deal last summer after Sky Sports News exclusively revealed the 6ft 5in Punjabi stopper was leaving Crystal Palace after more than a decade at the South London club.

Signed on the recommendation of Steve Morison, Luthra impressed for the club’s U23s during the 2021/22 campaign and was last month elevated to the first-team squad by Morison – who stepped up from U23s boss to become Cardiff manager after Mick McCarthy was sacked last October following a run of eight straight defeats.

Luthra made history when Cardiff visited Reading in the Sky Bet Championship last month when he became the first goalkeeper of South Asian heritage to take up a place on the bench in the top two divisions of English football.

The west Londoner went on to feature as a substitute in Cardiff’s last six Championship matches.

Ferdinand: Tailor is a trailblazer 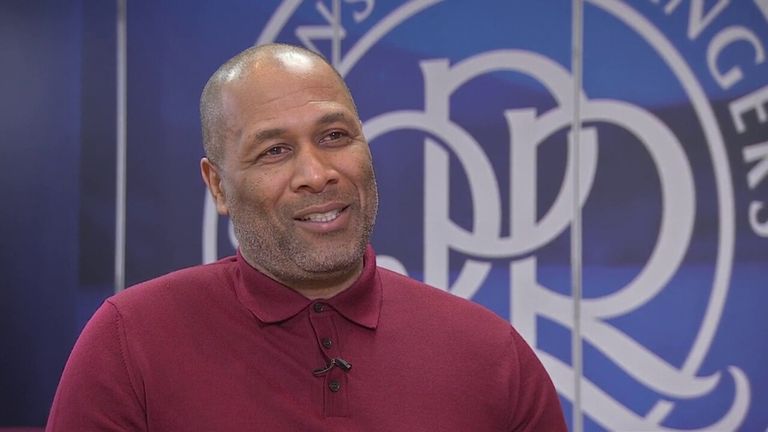 QPR director of football Les Ferdinand says the club’s assistant head of academy coaching Manisha Tailor is a genuine trailblazer in the game.

Former Middlesex Girls’ Centre of Excellence coach Tailor has been working with QPR since 2016, and last year stepped up to the post of assistant head of coaching to Chris Ramsey, becoming the first South Asian woman to hold such a post in English football.

The Finchley football coach, who previously worked with England centurion Rachel Yankey, is closing in on completing her UEFA A Licence and was awarded an MBE in 2017 for services to football and diversity in sport.

Ferdinand told Sky Sports News: “She has done a fantastic job and she’s working in the academy with men [in the men’s elite game] day-in, day-out, it’s not just in women’s football.

“Like I’ve always said we’re quite diverse in what we do here. If the person’s right and they’ve got the qualifications, they’re good at what they do, they get the opportunity.

“I’m very proud of the way that this club operates and things that they do and the opportunities they give to everyone.

“She’s a trailblazer – and long may it continue.”

For more stories, features and videos, visit our groundbreaking South Asians in Football page on skysports.com and stay tuned to Sky Sports News and our Sky Sports digital platforms.