Bayern Munich beat Borussia Dortmund 3-1 on Saturday to secure their 10th straight Bundesliga title with three games left to play in the season.

First-half goals from Serge Gnabry and Robert Lewandowski put the hosts 2-0 up before Emre Can cut the deficit with a 52nd-minute penalty. Jamal Musiala got Bayern’s third goal seven minutes from the end.

Bayern – 12 points clear of second-placed Dortmund – have now won 31 Bundesliga titles since the introduction of the top division in 1963, and 32 German league crowns in all.

Bayern were desperate to seal the title – their only silverware of the season – in the league’s big game in front of a 75,000-strong home crowd to make up for their Champions League quarter-final shock exit to Villarreal earlier this month.

They took their first chance through Gnabry, who controlled the ball at the edge of the box with one touch and released a fierce volley past ‘keeper Marwin Hitz, left frozen on the spot.

Gnabry put the ball in the net again on the half-hour mark but his effort was ruled offside. League top scorer Lewandowski did better in the 34th minute when Gnabry gained possession and Thomas Muller, who became the first player to win 11 Bundesliga titles, fed the Pole who slotted in through the legs of Hitz for his 33rd league goal.

Lewandowski – whose future at the club is in doubt with a contract extension past his current 2023 deal still to be finalised – is on track to win Bundesliga top scorer for a seventh time and the fifth straight time.

Dortmund were awarded a penalty at the start of the second half when Marco Reus was felled by Joshua Kimmich and Can converted it. The visitors kept up the pressure but failed to score again despite efforts from Reus and Erling Haaland.

Instead it was Bayern who scored through substitute Musiala to make sure of the title as the champagne came out in the box seats for the Bayern club bosses and coach Julian Nagelsmann celebrated his first league crown.

It was Bayern’s eight consecutive league win over Dortmund, who have not won a game in Munich since 2014.

Watch all the big moments 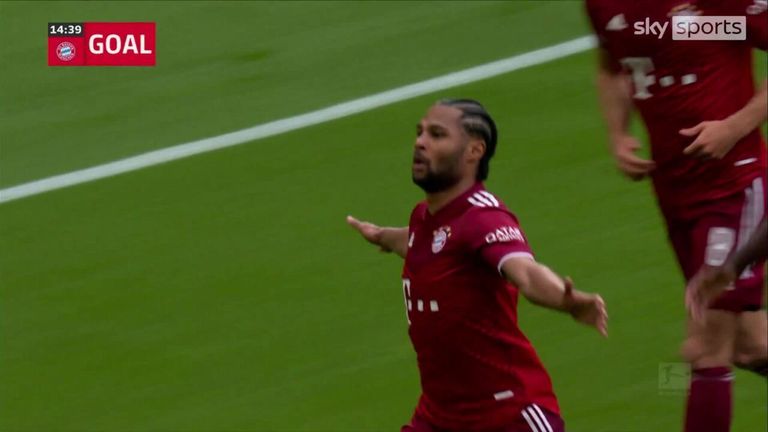 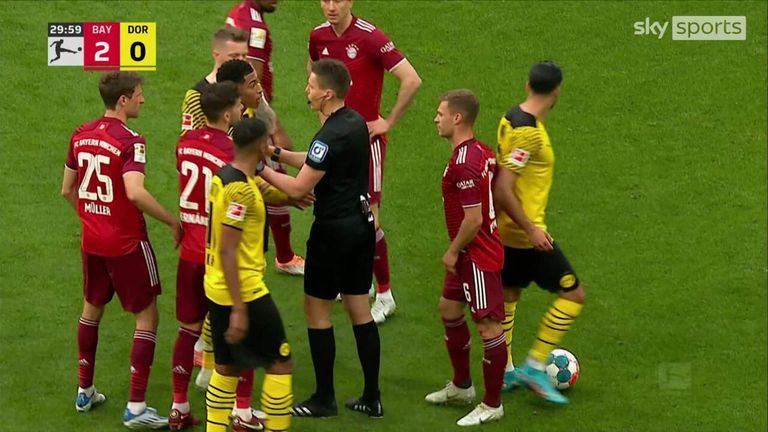 VAR ruled out a second goal for Serge Gnabry for offside against Borussia Dortmund. 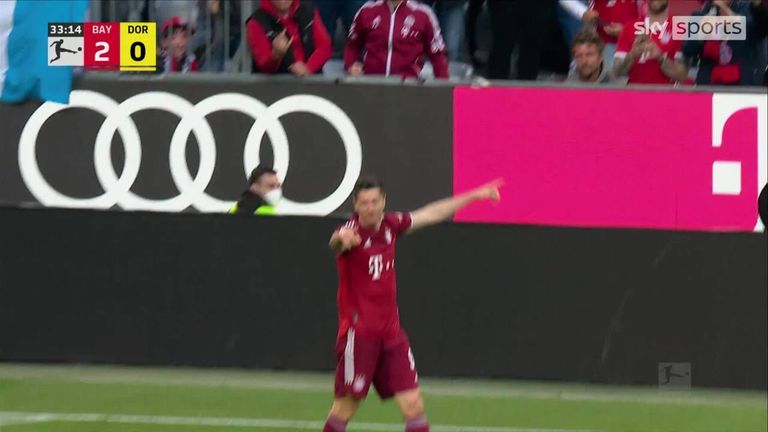 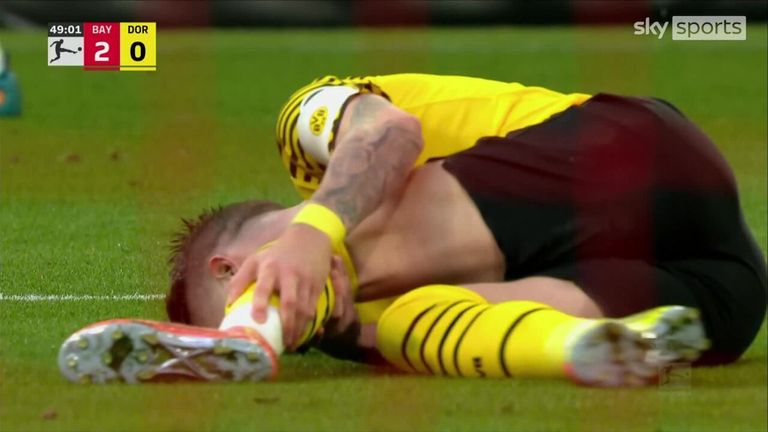 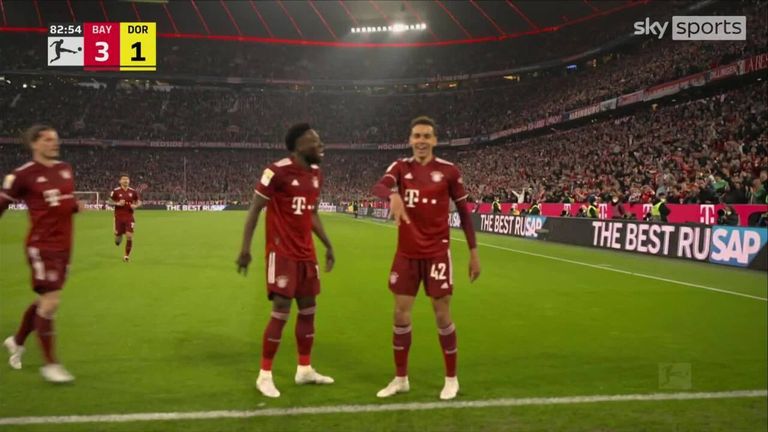 Elsewhere in the Bundesliga…

Jetro Willems gave the enthusiastic home fans some hope of a miraculous escape with the opening goal in the fifth minute, but Patrik Schick answered four minutes later and Sardar Azmoun, Paulinho and Exequiel Palacios piled on for the visitors.

Union Berlin came from behind thanks to substitute Sven Michel to beat RB Leipzig 2-1 away and atone for their loss to Leipzig in their German Cup semi-final on Wednesday.

Michel equalized in the 86th minute, then set up Kevin Behrens with his heel for a dramatic winner three minutes later as Union won in Leipzig for the first time.

The end of Leipzig’s 15-game unbeaten run across all competitions allowed Leverkusen to reclaim third place. Leverkusen dropped to fourth last weekend with a loss at home to Leipzig, but the sides have switched positions again, leaving Leipzig in the last qualification place for the Champions League.

Freiburg are fifth after an exciting 3-3 draw with Borussia Monchengladbach. Freiburg came from two goals down to lead 3-2 only to concede in injury time to Gladbach’s Lars Stindl.

Cologne won 3-1 against Arminia Bielefeld, who remained second from bottom and are the favourites to join Furth in the second division. Also, Eintracht Frankfurt drew with Hoffenheim 2-2.